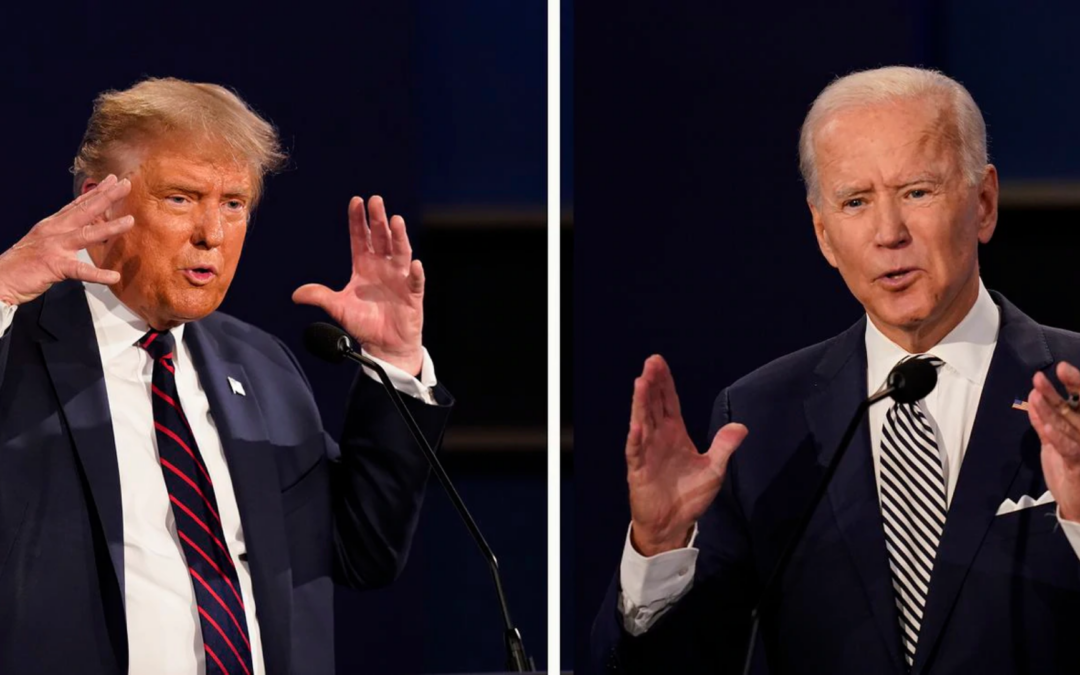 On September 29th, former Vice President Joe Biden and President Donald Trump faced off in the first presidential debate of 2020. However, many people are skeptical as to whether or not what occurred can even be called a debate. Full of interruptions, child-like insults, and very little talk of policy, this debate is something the nation won’t forget.

Having been increasingly engaged in politics over the past couple of years, I know that Trump is a liar, a bigot, and just rude and unpleasant in general. Despite this knowledge, I was still shocked by his behavior in this debate. Biden could not get two words in without being spoken over or antagonized. Trump even went as far as to interrupt the moderator, Chris Wallace, when he was trying to ask a question. Trump said out loud, “[I] guess I’m debating you [Wallace], not him [Biden].” Wallace had to chide Trump like a child, begging him to give Biden time to speak. If the fate of the country didn’t hang in the balance, it would have been hilarious.

Some of the insults that actually did make me laugh out loud due to their sheer stupidity included jabs at Biden’s supposedly subpar intelligence and tendency to wear a mask. Trump told him not to “use the word smart” with him, and that Biden wore “the biggest mask I’ve ever seen.” The mask comment isn’t really an insult, but Trump definitely meant it as one. Luckily, Biden was able to laugh off these more juvenile insults. I will say, though, that I was definitely torn between wanting him to take the high road and wanting him to jab back.

Some of Trump’s comments were significantly more harmful. When asked, he failed to condemn white supremacist groups, telling the Proud Boys to “stand back and stand by”. This phrase indicates that the group should lie in wait, and that eventually they should step forward again and strike. There are no words to convey how horrendous and dangerous it is to have a United States president endorse the actions of a white supremacist group; according to NBC News, a Proud Boys social media account has made the phrase a part of their new logo.

As for Biden’s performance… he tried his best. I got nervous every time he spoke because I did not want him to mess up, as he has been known to do in the past. Though he was interrupted often, Biden did try to bring his remarks back to policy and the American people. He looked into the camera, directing his remarks to the viewers, and refrained from making too many personal attacks. Some of my favorite small gibes include referring to Trump as a “clown” and asking him “Will you shut up, man?” He also wielded some of Trump’s own quotes against him, which I thought was a good move.

Unfortunately, I thought Biden’s overall performance came off as weak, simply because he can not beat Trump in a shouting match, which was what this debate was. Being less inclined to shout at and insult people is a good quality, but in the context of this debate, it was a weakness. However, I do think there’s a singular upside to this disgraceful debate: the votes that the candidates are fighting for come from a relatively small group of undecided voters, and I do not think Trump did anything to sway them in his direction.

The next presidential debate will occur on October 15th, and there’s talk of implementing more structure that’s conducive to the actual debate. Short of cutting Trump’s mic when he’s not supposed to be speaking, I’m not entirely sure what they could do that would stop him. Nevertheless, I’m curious to see what will change and what will remain the same in the next debate.