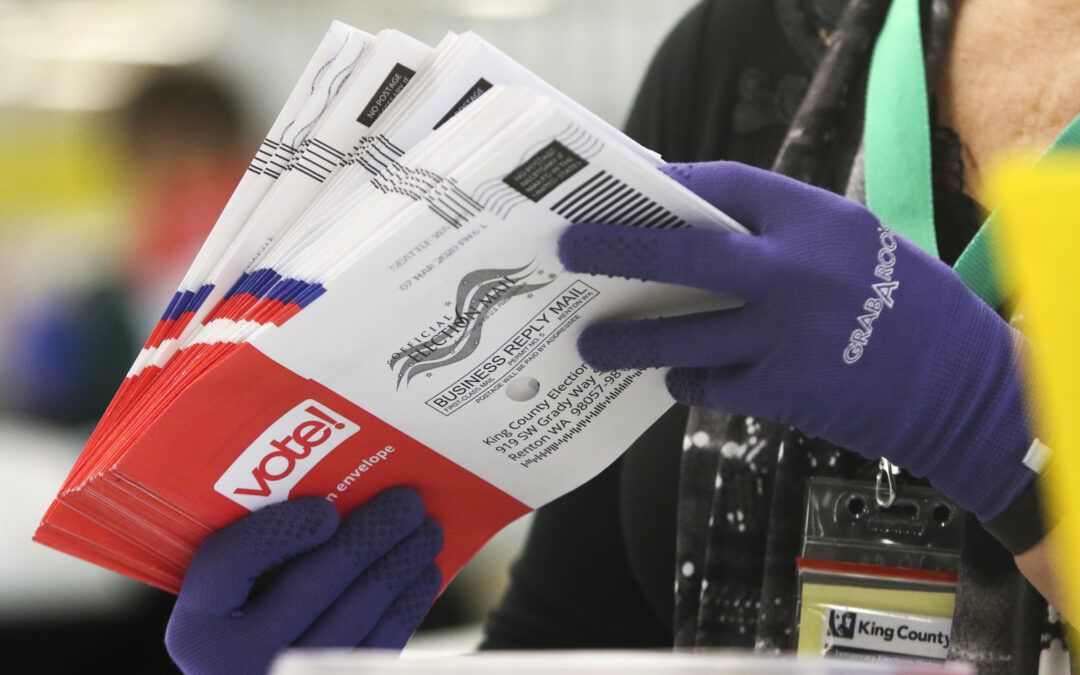 This year has exhibited numerous firsts both worldwide and in the US, but as we began this new decade none of us could have ever expected what new experiences were headed our way. As we head into one of the most crucial elections in the history of U.S. democracy, we face new and unprecedented challenges. In the era of COVID-19, millions of Americans will not be able to vote in person, but this does not mean that their civil liberties should be withheld from them. As a result, many citizens this year will be casting their votes from the comfort of their own homes, through a process called mail-in ballots.

As soon this solution was created, however, problems began to arise. Immediately after the widespread announcement of remote voting, the president began undermining the security of the entire process. On April 8th, 2020, President Donald Trump tweeted to his eighty-six million Twitter followers that mail-in ballots had “tremendous potential for voter fraud” with no evidence provided to support his claim (shocker). He then followed up a month later with similar claims that mail-in ballots would lead to “the greatest Rigged Election in history”. Once again, there are no studies that have shown any likelihood of widespread voter fraud. Some believe that this public discrediting of the process began as a reaction to Joe Biden’s significant lead in all legitimate pollings that have been conducted. When Trump’s low approval ratings in battleground states are combined with his recent statements — implying that if he lost the 2020 election, he may not participate in a peaceful transfer of power—it makes sense that he is opposed to mail order ballots: If everyone’s voice is heard, he will lose.

Trump’s strategy in the last few months for tilting the election in his favor has not been more aggressive campaigning, it’s been dismantling the United States Postal Service. Starting in early July, increasingly restrictive policies have been created to limit the number of hours post office employees can work. These policies prohibit the mail sorters from utilizing crucial overtime hours commonly used to complete necessary tasks to ensure that mail can be delivered on time. In mid-August Trump even admitted to opposing absentee ballots for his own political advantage. “They need that money in order to make the Post Office work, so it can take all of these millions and millions of ballots,” Trump said, explaining further, “If they don’t get those two items, that means you can’t have universal mail-in voting, because they’re not equipped.” At this point, Trump’s own statements make it undeniable that his goal is to prevent American citizens from voting, to deny us our constitutional rights, just to stay in power. He has blatantly and unabashedly disregarded the democratic principles at the core of this nation.

This is not the first time that the USPS has been politicized to deny freedom of speech to the citizens of this country. During the second term of Andrew Jackson’s presidency, abolitionists were enacting a coordinated widespread mailing campaign to flood Southern states with anti-slavery messaging. This movement actively sought to bring negative attention to the atrocities of forced human labor occurring across the South at this time. Jackson, an avid supporter of slavery, saw these declarations as a threat to his personal interests. He attempted to pass legislation prohibiting abolitionists from mailing anti-slavery propaganda to anyone who did not explicitly request the information to be sent to them. As this policy was in direct violation of the First Amendment, freedom of speech, Congress immediately vetoed this law. However in today’s world, one where the Republican-dominated Senate refuses to check the executive branch, there is no one putting their foot down as Trump tries to strip people of their constitutional rights, one civil liberty at a time. As our democracy faces serious trouble, you may be wondering what you can do. My answer? Vote! If you are not old enough, make sure your family is voting! Every voice matters, and now more than ever is a time to use it.