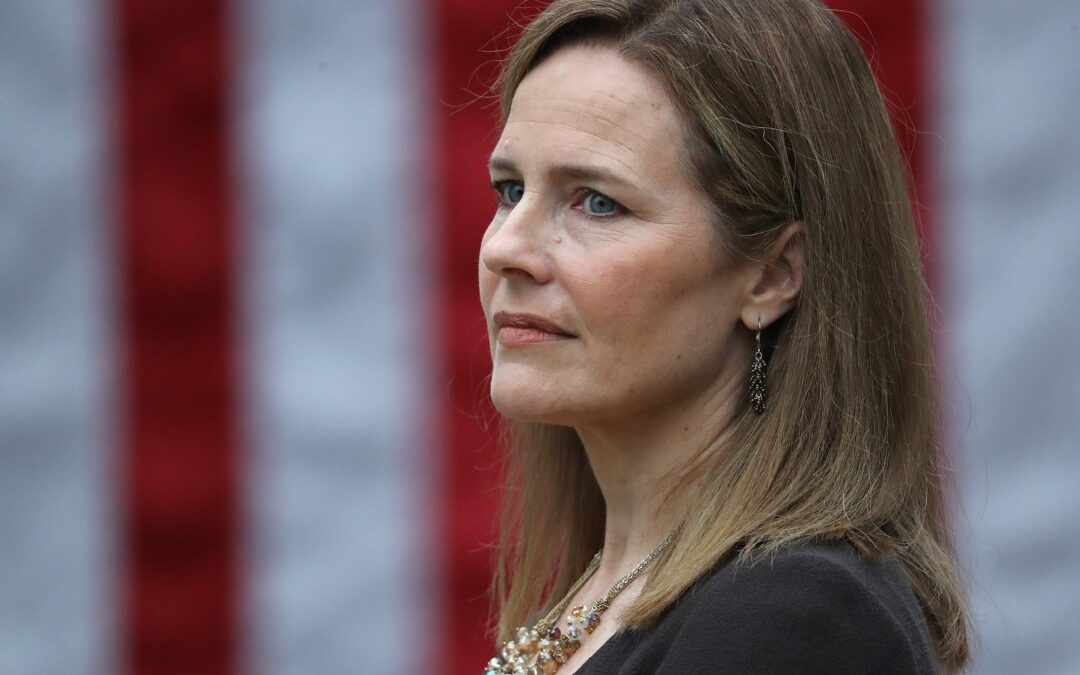 On September 26th, 2020, only eight days after Ruth Bader Ginsburg’s passing, Donald Trump nominated Amy Coney Barrett to the Supreme Court. Barrett is a federal appellate judge and teaches at Notre Dame Law School, but she is also a mother to seven children, two of which were adopted from Haiti. Although Barrett seems to be a decent person and an experienced judge, I am deeply saddened and terrified by her appointment to the Supreme Court from a feminist standpoint.

Barrett is a religious conservative who has demonstrated that her faith influences her interpretation of the law and how she handles cases. I have nothing against Barrett because she is a religious Catholic. I support her freedom of religion as granted to her by the First Amendment of the Constitution. What I do have a problem with is the way she uses her faith to dehumanize others. I think that someone who actively uses their religion to deny others of their humanity should not be allowed on the highest court.

Barrett has also denied many people of their rights, such as the right to bodily autonomy. Barrett has openly advocated against Roe v. Wade, the 1973 Supreme Court decison that made abortion legal, and many fear that she will vote to reverse the landmark decision. As a feminist and a woman, this is what terrifies me most about Barrett’s appointment to the Supreme Court. A person should have the right to choose what they do with their body. However, Barrett wants to take away the law that protects a person’s right to decide what to do if they become pregnant. In my opinion, the reversal of Roe v. Wade would be perilous, and Barrett’s appointment to the Supreme Court has put the bodily autonomy of so many Americans at risk.

In addition to being anti-choice, Barrett also opposes the Affordable Care Act (ACA), a law passed by the Obama administration that gave millions of people access to healthcare. Striking down the ACA would be dangerous in any climate, but it is especially perilous because of the COVID-19 pandemic. If the ACA were to be repealed, millions of Americans would lose their health insurance and would be unable to get treatment if they contract COVID. I believe that revoking the ACA is extremely irresponsible, especially during a pandemic, and will cause even more Americans to die from COVID. In my opinion, Barrett’s opposition to the ACA demonstrates her incompetence as a lawmaker and leader.

Finally, I want to discuss the fact that although Barrett seems to have a lot of experience with the law, she does not seem to be very familiar with the Constitution. During her official hearing in early October, many viewers like myself were left questioning her adequacy as a judge. When asked to name the five freedoms guaranteed by the First Amendment, Barrett forgot the right to protest. I understand that she was in a stressful situation, but someone who is leading our country should not crack under pressure and should certainly remember basic information about the Constitution that many students learn in their middle school history classes. Additionally, during her hearing, Amy Klobuchar asked Barrett whether voter intimidation is illegal and she refused to answer. The answer to that question should have been yes, as the Constitution clearly states that intimidating and threatening voters at the poll are illegal. This again demonstrates Barrett’s incompetency as a judge.

In conclusion, as an intersectional feminist, I believe that Amy Coney Barrett’s nomination to the Supreme Court is extremely dangerous. She has shown that as a Supreme Court Justice she will actively deny Americans of their rights and use her religion to justify doing so. Additionally, she has demonstrated that she is unfamiliar with the Constitution, thus showing her incompetence as a judge. The appointment of Amy Conney Barrett has been very discouraging for me as an intersectional feminist, as she is actively working to deny members of marginalized groups their fundamental human rights. However, I will keep fighting alongside other feminists to protect the rights of all Americans and to make Ginsburg proud.