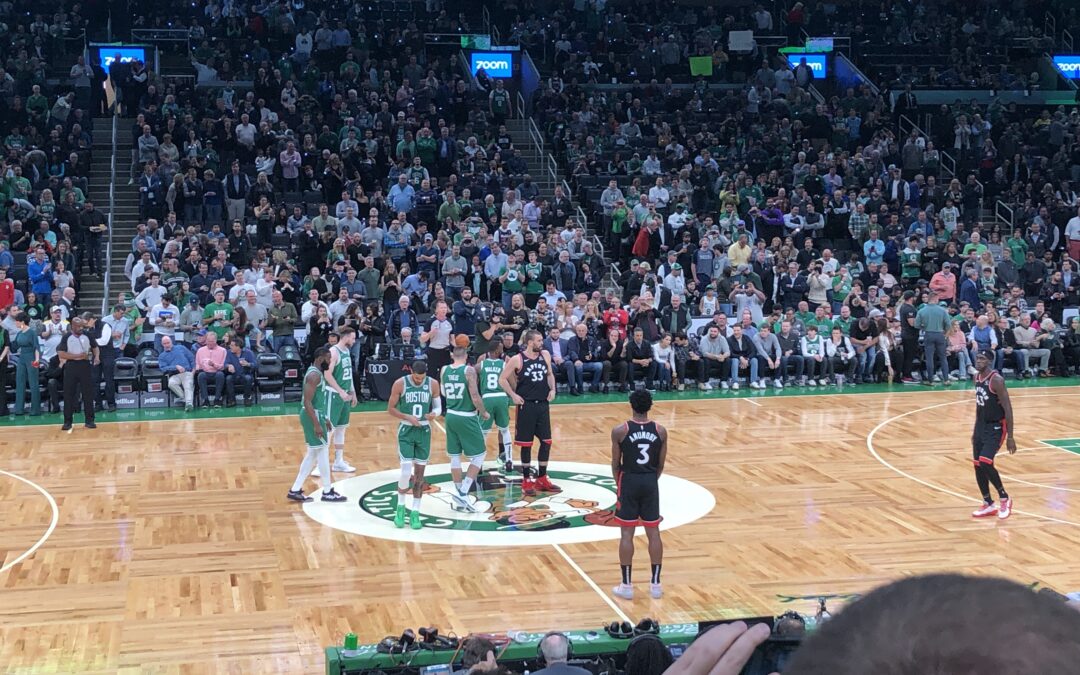 On October 11, the Los Angeles Lakers beat the Miami Six in six games to secure the coveted NBA championship. It marked the 17th win for the Lakers and 4th for LeBron James. The NBA season, which began on October 22nd 2019 and ended October 11 2020, took close to a year to wrap-up, five months longer than a normal season. Because of the COVID-19 pandemic, the season was halted in March after all-star center Rudy Gobert tested positive. The season restarted on July 30, amidst a global pandemic and ongoing protests surrounding the racial injustice in America. The 22 teams with the best records were relocated to a sports facility in Orlando, Florida where they remained for the rest of the season. There were strict regulations in place and the players were not allowed to leave what they called, “The Bubble.” And although it was not perfect, the NBA’s response to the pandemic and racial injustice was miles ahead of any other major sporting league.

The NBA’s COVID-19 response was unlike any other. Following the first tests among NBA personnel, the league quickly shut down and remained dormant for over four months. When the league returned, by implementing strict safety precautions, there were 0 positive tests.

The NBA is widely considered to be the most progressive sporting organization. However, they were faced with the challenging task of resuming their season in the midst of global upheaval around the racial climate in America and how it systemically targets Black people. Many NBA players were actively involved in these protests before the start of the season. Jaylen Brown, a young wing from the Boston Celtics, led protests in Boston and his hometown Atlanta. Former Boston Celtic, Kyrie Irving, chose to sit out the season saying, “we are truly at an inflection point in history whereas a collective community, we can band together – unify – and move as one. We need all our people with us and we still stand together in solidarity.”

Other NBA players shared their concerns about shifting focus away from Black Lives Matter and to basketball. The NBA made a few changes, which some have called performative, to promote the movement. The phrase “Black Lives Matter” was printed on every court. Each player replaced their name with a social justice promotion on the back of their jerseys. Ads were played during commercials advocating for equality. The NBA tried to stand in solidarity with Black Lives, but it wasn’t enough. On August 26, the sports world watched as the NBA halted its season for the second time. Jacob Blake, a 29-year-old black man from Kenosha, Wisconsin was murdered by the police. The world was outraged and the NBA responded by halting play. The Milwaukee Bucks, Blake’s hometown team, decided not to play. Following their example, every team shut down for the following days. Meetings were held between NBA players who expressed their frustrations about restarting the season. They wanted to be at the protests and felt their voices weren’t being heard in the confines of “The Bubble.” They used this time to advocate for social justice with all eyes on them.

With approval from players, the NBA season restarted a few days later. It was not a long time, but the gesture cannot be overlooked. The NBA proved that they were more powerful when they stood together. They grieved the losses of unarmed Black Americans and challenged the corrupt law enforcement. They were role models of democracy, and they protested quietly and with dignity. It is unfair to underestimate the power of this moment, as this will cause a ripple effect in the sports world. The players stood in face of denial about the state of racial oppression. They showed that they had a voice beyond basketball and it was extremely profound and impactful. The NBA has since promised to turn its campus into voting booths and encouraged people to vote in the upcoming election. The NBA has been far from perfect, devaluing the Hong Kong protest and suspending WNBA players for wearing “Black Lives Matter” t-shirts. However, they have since shown that they are not afraid to take a stand. And although this is but one step in the right direction, it is a large one nonetheless.

The larger question is whether or not their response was sufficient. The response needs to be taken in comparison with other sporting leagues. In a political climate where the intersection between sports and politics is very taboo, the inclusion of conversations about race is a huge step forward. This moment will hopefully allow for a higher bar of protest in sports. Following the NBA hiatus, dozens of other professional leagues followed suit. It sparked a trend that other places felt should be emulated, candidly, or not. Other leagues, even the NBA, attempted to promote racial equality through materialistic outlets like branding and advertisement. But their silence is much more potent. The point of these protests was not to solve racial inequality, and most likely they did not postpone the league for the betterment of American living. Rather, for other sporting leagues to promote racial inequality and take a stand. It was never meant to be “enough,” it was meant to start a conversation.