Will the Class of 2024 Be the First Class to Not Have a Snow Day? 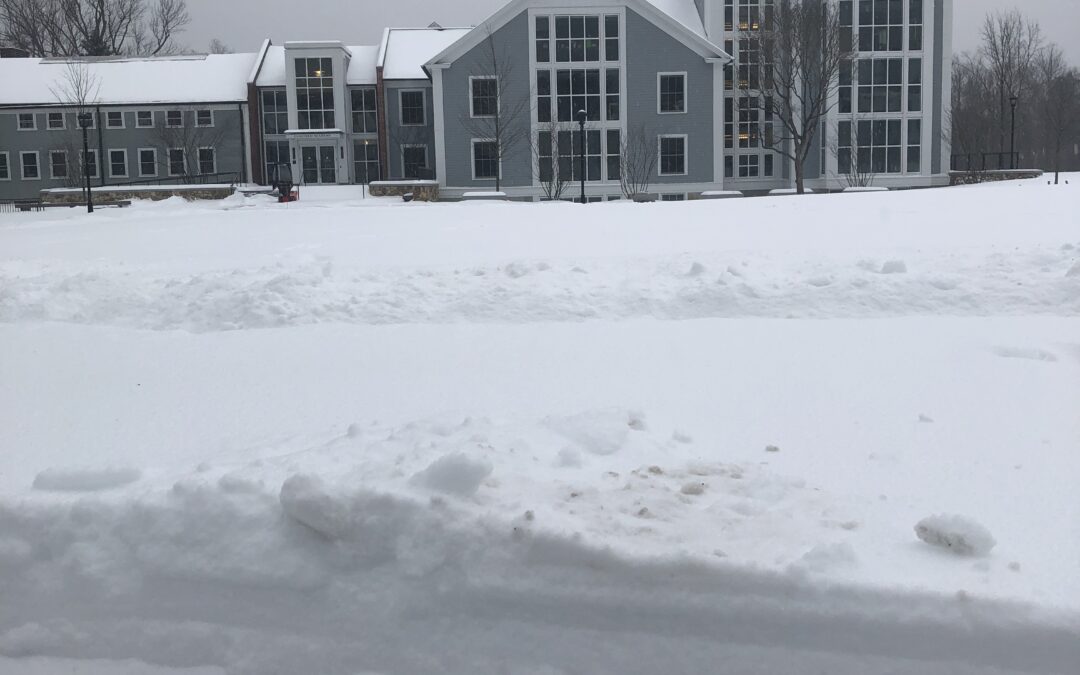 With the winter season nearing, it is almost that time of the year when students get excited about the possibility of school being canceled. However, this year’s outlook for snow is bleak. The National Oceanic and Atmospheric Administration (NOAA) predicts a 50% high chance of winter temperatures being above average due to the ongoing La Niña- which is when the warm waters of the Pacific Ocean drift westward, leaving only cool water off the coast of the Americas. This, in turn, leads to precipitation levels decreasing across North America because not as much moisture is produced. In addition, the southern and eastern United States warm. This is only further impacted by climate change. This is parallel to the Old Farmer’s Almanac anticipation of “sheets of sleet” in the upcoming winter season. In addition to the lackluster forecasts, Concord Academy, because of the ongoing pandemic, is now fully capable of hosting school online. With these pessimistic predicaments, it begs the question: Will the freshmen class be the first not to have a snow day?

There are a couple of questions to consider when discussing the future of weather-related school shutdowns. Firstly, why are snowstorms predicted to be less likely this upcoming season? As the globe warms, winter temperatures trend upwards. According to Michael Rawlins, a climate system researcher at the University of Massachusetts, average winter temperatures are “projected to rise by six degrees in the next fifty to sixty years.”

Even though warmer temperatures could lead to more precipitation as more moisture can be carried, snowfall is less likely to occur this year due to the balmier temperatures produced by the La Nina.

Secondly, and more importantly, are snow days even beneficial? Andrew Stevens, an English teacher at CA, shares, “I love snow days, it’s a disruption we value; however, if there’s too many of them, it can mess up the schedule. From a teaching perspective, snow days can disjoint the flow of class.”

“This really is the snow-day-pocalypse,” Andrew joked. “With the pandemic, we’ve learned how to do school remotely, and that leaves not too much wiggle room as to why snow days should continue. In the end, I believe it’s an administrative decision if we want to honor the spirit of snow days.”

Despite these two factors working against the possibility of a snow day, Andrew noted that, “there is a wrinkle with the online school method: We may be paying for some of the online tools, so [once the pandemic ends and we stop paying] there may still be a hope for snow days.” It is also important to recognize that power may be lost for large areas of the state during significant snowstorms, which could create massive complications for an online school. Even if snow days are taken from us, CA, according to Andrew, may create a substitute to honor the spirit they create. However, what that may look like varies.

In short, not all hope for CA snow days has wholly disappeared. Though the future of snow days is unclear, just as the long term forecast for snowfall is in Massachusetts, students can always hope for a favorable final decision.