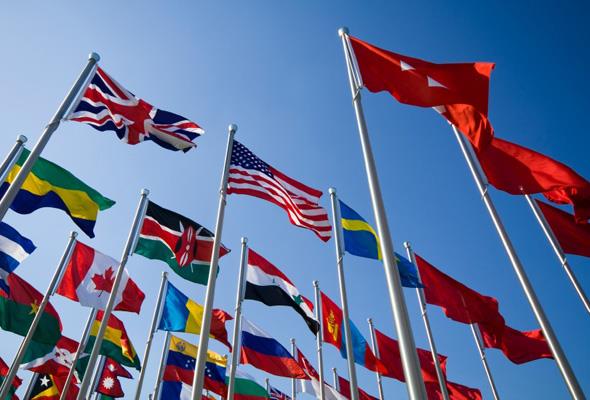 As of November 7th, Joe Biden has been projected by various major news outlets as the next President of the United States, which has been met with mixed reactions domestically as expected. Internationally, the response has been more positive, specifically, one of relief. In the past four years of Trump at America’s helm, the nation has become greatly divided. On the international stage, the United States’ reputation, specifically with its longtime allies, became noticeably less favourable. Trump’s intensive focus on withdrawing American dominance internationally has besmirched its image as a — perhaps even “the” — world leader in science, technology, military, and democracy.

From pulling America from the Paris Climate Accord, rejecting science, blatantly promoting xenophobia, racism, and countless other forms of bigotry, and, of course, behaving deplorably towards fellow allies, Trump has quite efficiently affected, in those very allies, some minute degree of repudiation. Very recently, following Trump’s unsubstantiated claims that the election was rigged, as well as his repeated attempts to halt the count of legal votes, the German Bundestag foreign affairs committee chair, Norbert Röttgen, noted that Trump’s behavior as “awful,” albeit after many attempts to be diplomatic and arguably evasive in alluding to his and his peers’ disappointment at Trump’s attempts at undermining democracy. Perhaps that is the extent of foreign officials’ remarks on the incumbent President, though it is possible that we might expect further commentary.

Now with Biden as the President-elect, this relief is not limited to the borders of the U.S.. The Canadian Prime minister is among the first to exalt its allyship with the U.S., and the Mayor of Paris, Anne Hidalgo, was quick to “welcome” America back. Indeed, this sentiment is shared by many of America’s allies, who for the past four years have had to deal with the nation’s erratic behavior . Biden has already made it clear that he aims to restore America’s original role in the world. I find it difficult to believe, however, that Trump’s smear on America will be so easily removed. It is possible that Biden will be received favorably by America’s allies— this is not surprising, especially considering his predecessor. In the end, America’s stance in the world may be well on its course to recovery by the conclusion of Biden’s term. I also do think that the degree of tension generated by Trump’s presidency, particularly in his hostility towards China and other so-called “enemies” of the U.S., may be reduced in Biden’s term. Or, rather, it will simply be forgotten about, as it seems Biden will have enough on his agenda. When Biden turns his attention to the power struggle between the rising powers of the East and the maintenance of the West, it certainly does not appear that he will match Trump’s ability to fan unpeaceful flames.

The reign of Trump is over for now, though its effects will not fade so easily. America remains divided, and the Trump-like leaders of other nations will continue to feel the legacy of their role-model for years to come. Ultimately, the tattered reputation of the U.S. needs diligent repair. Assuming that Trump does not run for another term in the future, I think it is safe to say that the results of this election point to America’s return as a reliable leader on the world stage, leaving this chaotic chapter behind.