Experience With Flying Home for Break 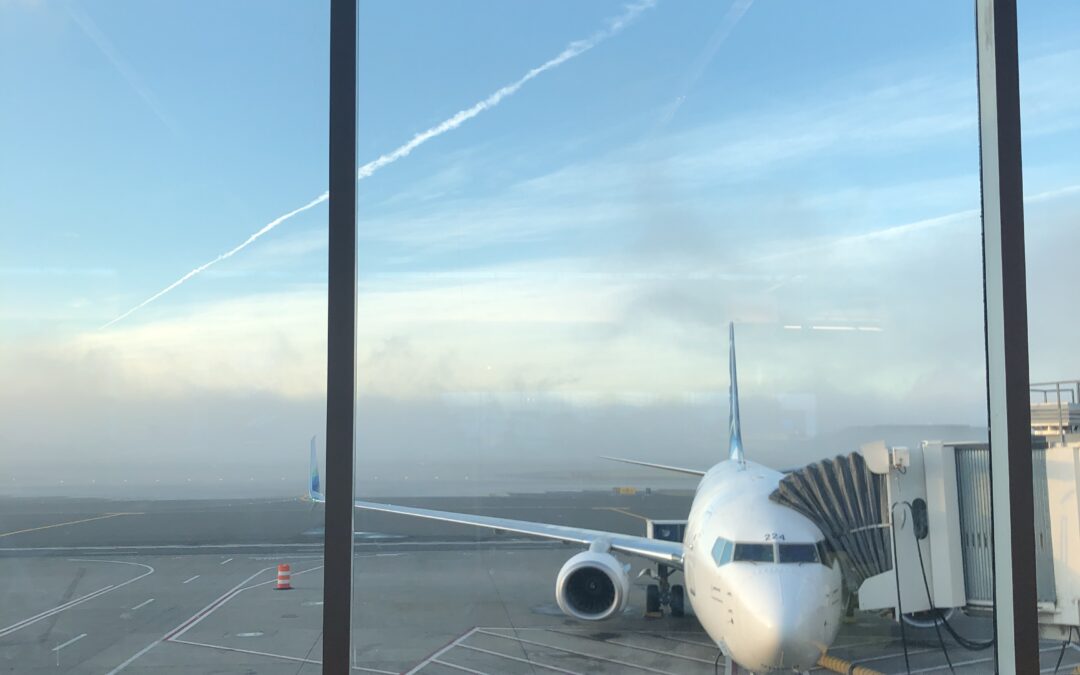 When STAC 2 ended on November 24th, pilot boarders packed up all of their belongings and returned home as the dorms closed for the remainder of the year. For local boarders, this meant driving home. However, for boarders who lived further away from campus, it meant travelling home via airplanes or other forms of public transport.

As a boarder from California, my only option to travel home was by flying. Like many people can imagine, flying during a global pandemic is pretty stressful. I was constantly surrounded by strangers in enclosed spaces, whether it be in the airport or on the plane. Additionally, some people chose not to wear their masks correctly and practice safe social distancing.

Within the airport, several new regulations have been put in place in an attempt to minimize the spread of COVID-19. Stickers have been placed on the floor to remind people to stay six feet apart when waiting in lines and an abundance of hand sanitizer posts have been set up as well. Certain airports also no longer require anything to be taken out of carry-ons for security checks. All planes are sanitized between flights and additional disinfectant wipes are handed out. Some airlines have also opted to stop selling middle seats in order to maintain more distance between passengers.

However, despite these changes, I think the airport still has a lot to improve on. For example, during security checks, people often crowd together to reach the conveyor belt. A similar issue occurs when passengers are waiting to board their plane. Additionally, airports that require liquids/electronics to be taken out also do not sanitize their trays frequently, making the area a highly infectious zone.

My experience with flying home for Thanksgiving was mixed with both positive and negative encounters. While I was pleased to find that the majority of people wore their masks correctly over their noses, very few people attempted to social distance. Many did not make the effort to stay a few feet away—nevertheless six feet—when walking by or waiting at the gate.

On the other hand, the airline that I flew with did a great job of making sure seats and tabletops were sanitized, and all snacks and drinks were prepackaged to minimize contant. However, I was disappointed that they chose not to spread out passengers throughout the aircraft, especially when there were several empty seats. Although my sister and I had no objections to being seated together, we were surprised to find that another passenger was also seated right next to us in the aisle of our row. I eventually had to take the initiative to move to the row next to us, which was completely empty.

All in all, I found my experience with flying home at the end of STAC 2 to be slightly stressful, although I did appreciate the small changes made in an attempt to protect everyone. I think creating a more risk-free environment at the airport will depend on not only the airport staff but also the passengers themselves.

Photo courtesy of Sonny Tang ’22 | Photo Editor at The Centipede