The Assassination of Mohsen Fakhrizadeh 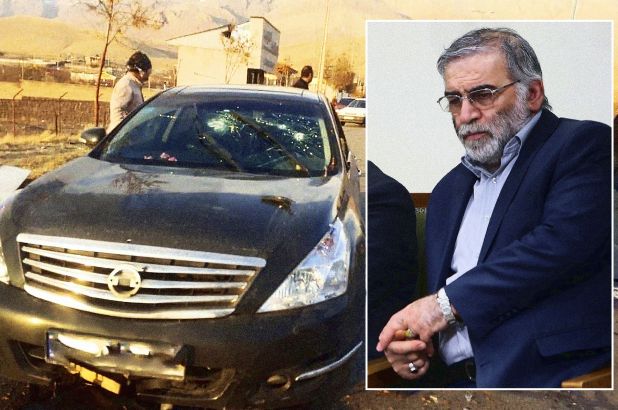 The assassination of Mohsen Fakhrizadeh was a scene straight out of a movie. Fakhrizadeh was a former general in the Iranian Islamic Revolutionary Guard Corps and at the time of his death was Iran’s most senior nuclear scientist. On November 27th, 2020, Fakhrizadeh was driving just outside the Iranian capital Tehran when a truck with hidden explosives detonated near his vehicle. The preceding events had conflicting narratives, however, most Iranian and Western news outlets concluded that an unspecified number of gunmen opened fire at both Fakhrizadeh’s vehicle and the accompanying vehicles in the motorcade. Iranian sources then reported that along with Fakhrizadeh, three bodyguards and three to four of the alleged attackers were killed.

Iranian officials and citizens were furious about the attack on Fakhrizadeh. Not only was Fakhrizadeh regarded as the father of the Iranian nuclear program, comparable to J. Robert Oppenheimer in America, but also if a foreign power orchestrated this attack, it would be the second one this year. Qasem Soleimani, the former Iranian Major General, was assassinated on January 3rd of this year in Baghdad by a United States drone strike. Similarly to the aftermath of Soleimani’s death, there was global speculation as to whether or not this assassination would spark a war. No one claimed responsibility for the attack, however, Iran’s foreign minister, Mohammad Javad Zarif, believes that Israel’s National Intelligence Agency Mossad is behind the attack.

Zarif has called upon many Western nations and alliances to condemn the assassination of Fakhrizadeh; however, they have yet to respond. It is no secret that most Security Council members are allies not only with themselves, but also with a nation in the Middle East: Israel. This connection is significant considering that on November 22nd, Israeli Prime Minister Benjamin Netanyahu allegedly flew to Saudi Arabia and met with the Saudi Crown Prince Mohammed bin Salman and the US Secretary of State, Mike Pompeo. Netanyahu later called the meeting an “amazing achievement,” while Faisal bin Farhan al-Saud, Saudi Arabia’s foreign minister, denied allegations that the meeting even took place.

Did the meeting between Netanyahu, bin Salman, and Pompeo really happen? It is entirely plausible that such a meeting did occur, given Saudia Arabia’s intention of creating a diplomatic relationship with Israel. If Israeli officials carried out the assassination of Fakhrizadeh, there is no way that a meeting between Netanyahu, bin Salman, and Pompeo that allegedly occurred on the 22nd of November failed to mention it. It would also make sense that Saudi officials would deny that such a meeting happened because they want to remain on good terms with their other allies in the Middle East that have not normalized relations with Israel.

I must admit that I love a good conspiracy, especially when a definitive conclusion about the event’s perpetrators is yet to be determined. If Israel is behind the assassination of Fakhrizadeh, and the United States and Saudi Arabia knew that the attack would happen and did not oppose it, the dream of a diplomatic relationship with Iran would be over. This is all circumstantial; however, if two assassinations of highly-ranking American or Israeli officials had happened in less than a year, the whole world would be quick to support those nations in pursuit of revenge. Yet after the killing of Soleimani and Fakhrizadeh, the West has urged Iran to remain calm to avoid “chaos.”

Photo courtesy by the BBC