New COVID-19 Variants: What We Know So Far 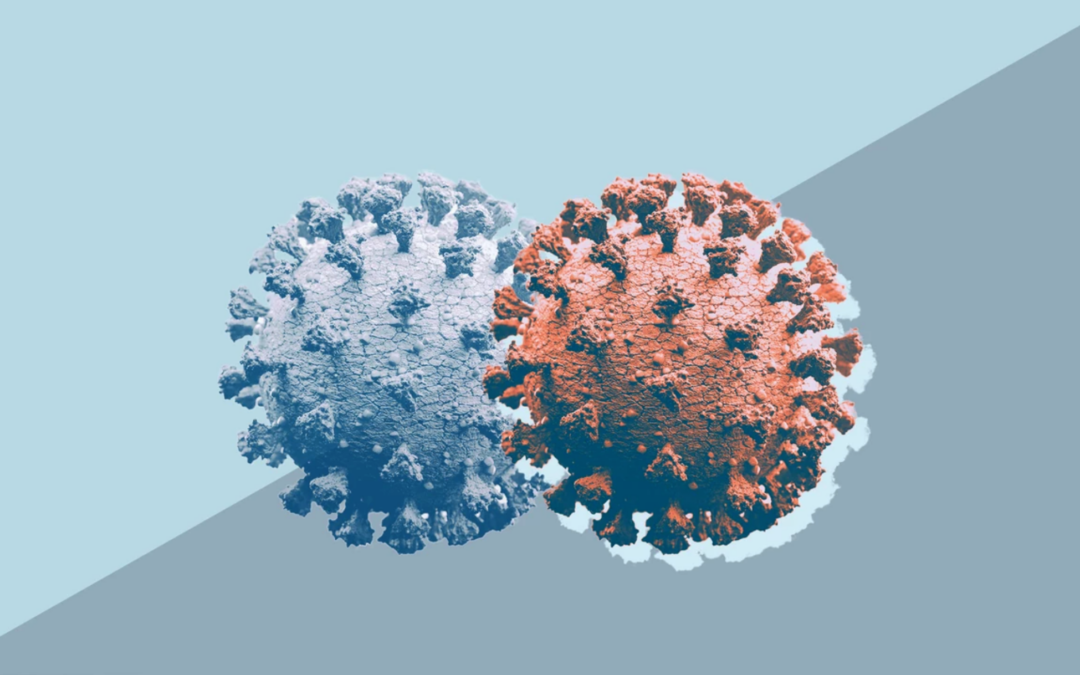 Just as vaccines began to offer hope for the end of the pandemic, Britain raised a sudden alarm about a highly contagious new variant of coronavirus, called B117, circulating in England. South Africa has also reported a new variant, named 501.V2, believed to be causing a surge of infections in the country. South Africa is currently the country with the most cases on the African continent.

B117 has already been detected around the world, with many countries sealing their borders to Britain. This new variant was discovered during an investigation as to why COVID-19 cases were rising even under tighter stay-at-home restrictions, and even when older variants of the virus were declining. Early studies by the London School of Hygiene and Tropical Medicine estimate that the B117 variant is up to 56% more transmissible than earlier variants. However, the B117 variant does not make people sicker or increase the chance of reinfection or death. Even so, a higher rate of transmissibility, without strict control and prevention measures, can lead to a higher mortality rate.

The South African variant, 501.V2, is likely even more transmissible than B117. Scientists in South Africa also believe that it will hit young people harder, and may be slightly more resistant to vaccines. Like B117, 501.V2 also has mutations that allow it to reinfect individuals who have already recovered from an earlier strain of the virus. The new variant was first identified by epidemiologists in the Eastern Cape province, and has quickly spread through the country. Many cases are among 15-25 year olds, but whether this is a consequence of the mutations or of human behavior is unclear.

Viruses naturally mutate into new variations all the time, but so far in the pandemic, virus mutation has not been a principal factor in how COVID-19 spreads or causes disease. Mutations are chance events, and rarely have a large impact on the properties of a virus, but every so often, a mutation can increase the virus’ ability to survive and reproduce. Then, in the right epidemiological setting, viruses carrying the advantageous mutation can become the dominant strain. Both 501.V2 and B117 have the N501Y mutation in their spike protein, which is the part of the virus that binds to human cells and is the main target of antibodies produced by the immune system. Despite this common mutation, data suggests that the two variants evolved separately.

Early studies have shown that patients infected by new variants have higher viral loads, which make the patients more contagious. Scientists have yet to find out exactly why this is the case, but there are many factors that come into play: if the variants are more infectious, fewer viral particles need to be present for the host to pass the pathogen on. The variants could also replicate faster in the patient’s body, making them infectious for a longer time, which makes them more likely to infect their community.

However, a new study published in The Journal of the American Medical Association predicts that the chance of a 15-24 year-old dying from COVID-19 is merely 1 in 100,000. The study shows that immature lungs have fewer ACE2 receptors, so the virus cannot replicate as efficiently in children. Moreover, the study states that children express higher levels of immune system molecules that mobilize the immune system during early infection, which controls the spread of the virus within the body. The study suggests that this is what protects children from more severe bouts of COVID-19.  The best way to protect our community is to continue following the safety protocols Concord Academy has implemented since the beginning of the school year. So for now, wash your hands, wear a mask, and remember to remain six feet apart from one another.