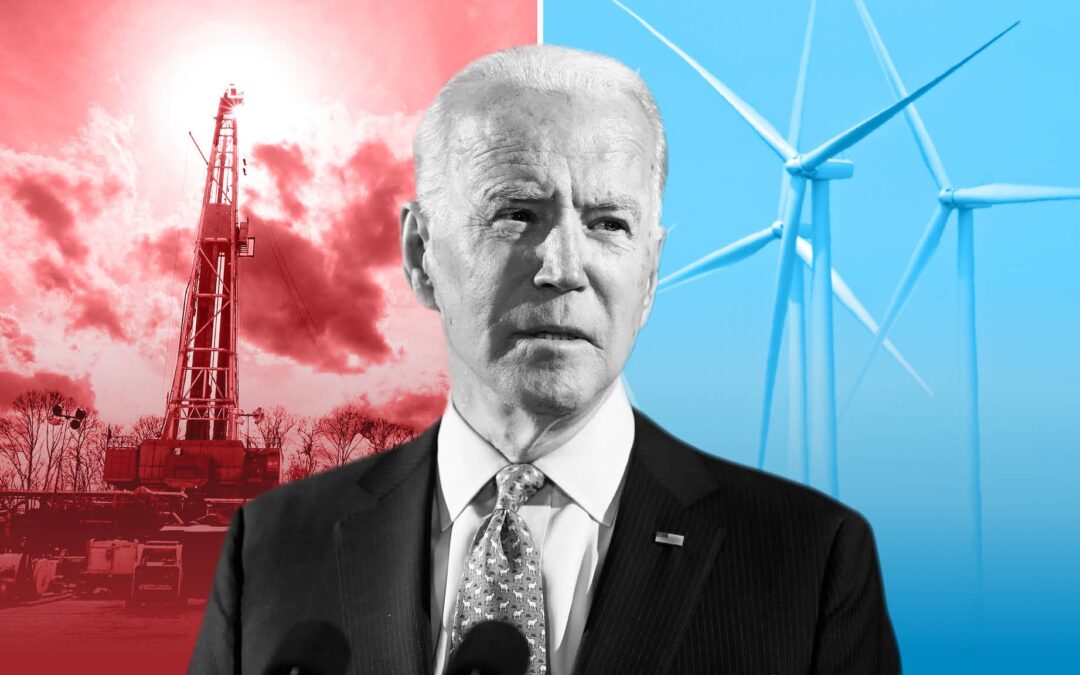 Across the U.S. and throughout the world, climate change poses one of the most imminently dire  threats to all of mankind. To address this pressing issue, President Joe Biden has started a clean energy revolution. If he is successful in most of his bold and comprehensive undertakings, Biden could likely be known in history as the “Climate President.”

Foremost, the new president is rescinding the anti-climate policies of the former Trump administration. On his first day in office, Biden rejoined the Paris Agreement, which Trump withdrew the U.S. from in 2017. This accord was signed in 2015 by most countries, seeks to significantly reduce global greenhouse gas emissions that are heating the planet causing unprecedented dangerous changes in the climate.

President Biden has also established the White House Office of Domestic Climate Policy and a National Climate Task Force dedicated to bringing federal agencies together to address climate change. He is heavily invested in the Green New Deal –  a proposed package of United States federal legislation that aims to address climate change – and is using it as a framework for this clean energy revolution. In addition, Biden has crafted a plan that strives for a 100% clean energy economy. This will make (net) zero greenhouse emissions possible by 2050. Biden has vowed to conserve no less than 30% of federal lands and oceans by 2030. In order to do so, Biden is making a hefty investment in clean energy and climate research and innovation.

Biden’s climate and environmental justice proposal plans to make a federal investment of $1.7 trillion over the next ten years. Every dollar of this investment will be spent ensuring that roads, bridges, buildings, the electric grid, and water infrastructure can withstand the impacts of climate change. Biden also plans to develop regional climate resilience plans through partnerships with universities and national labs for local access to the most relevant science, data, information, tools, and training. Moreover, he aims not only to reduce harmful emissions from cars, trucks, and SUV’s, but also to make all lightweight and medium-duty vehicles electric.  Furthermore, the Biden administration is requiring aggressive methane pollution limits for new and existing oil and gas operations to deter fossil fuel companies and other polluters who are currently harming air, land, and water.

Biden’s concern for the climate started before he became president. In 1986, he introduced one of Congress’s earlier climate bills: the Global Climate Protection Act. In 1998, he helped lead the Tropical Forest Conservation Act, which allowed the U.S. to reach agreements with foreign governments to conserve tropical forests. During his term as vice president, he oversaw the 2009 Recovery Act, the largest single investment in clean energy in U.S. history. This historic act prevented significant carbon emissions and unleashed the potential of clean energy.

In the month that Biden has been president, in addition to rejoining the Paris Agreement, his administration has ended 100 environmentally harmful presidential proclamations enacted during the Trump administration. One thing that Biden is likely to do in the future is reverse Trump’s decision to revoke California’s ability to set its own pollution standards. In addition, Biden will host an international summit day with world leaders on Earth day, April 22. This annual event that began in 1970 creates an alliance and public awareness of worldwide environmental problems.

Biden’s drawn-out agenda on climate change will hopefully ignite an unprecedented  transformative and superlative environmental change. Dr. Michael E. Mann, a distinguished professor of atmospheric sciences, told Salon, a U.S. news website, “This is the boldest climate plan that has ever been put forward by an American president.”

Like President Biden, we too, can be “climate pioneers” by recycling, reducing food waste, composting, and doing other things to help make a positive environmental impact in our community.