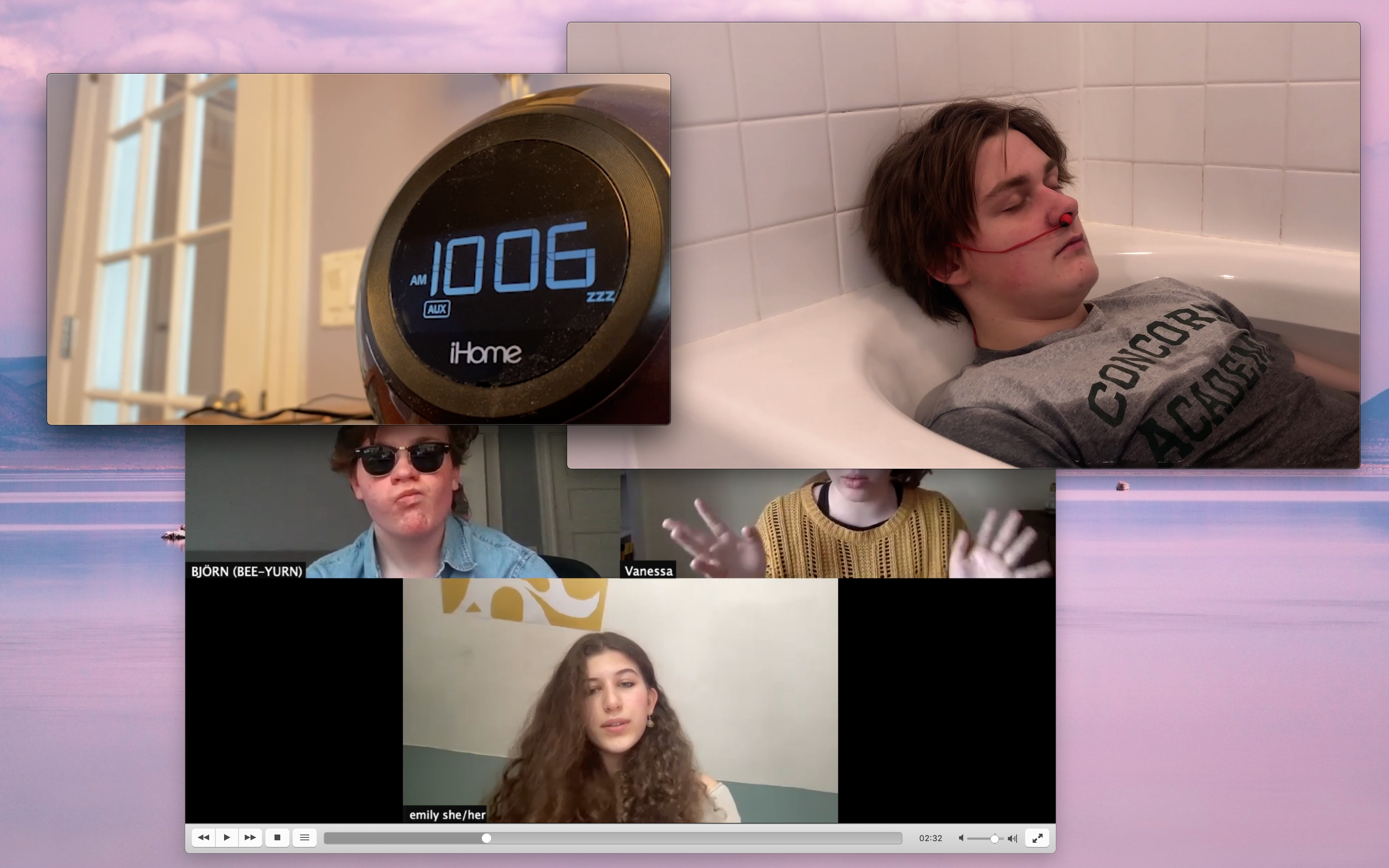 Concord Academy has always been a school built on both academics and arts. However, during the pandemic, it has been difficult to express the creative side of CA. Through events such as the Fall Art Show, students were able to experience various art forms online. They even had the opportunity to participate in an immersive competition during the weekend of February 12th.

The contest was the 24 Hour Film Festival, during which groups of one to five students were challenged to create a script, film, and edit a short film. There were three required elements: the phrase “You might think I’m crazy, but I’m just having fun,” a hedgehog, and a central theme of time. The challenge started at 8:00 PM on February 12th, and the project was due by 7:00 PM on February 13th. During the contest period, there was a flurry of scriptwriting, idea forming, outfit changing and video editing. It was a significant challenge, but the results of the festival turned out to be fantastic, especially considering the limitations imposed by the pandemic.

The three films presented on Saturday night. While they contained similar elements, they all had different plot lines and themes. The first film presented was “The Production” created by Emma Benardete ’21, Eliza Morton ’22, Liam O’Brien ’23, Elspeth Yeh ’24, and Natalie Samulka ’24. The short film follows a group of eccentric characters as they try to figure out an idea for a film project. This meta production makes fun of all forms of TV while characterizing stereotypical highschoolers, all while being a ridiculous comedy. Next, we saw “Social Puppeteer” made by Henry Boyle ’22 and Max Koehler ’22. This film tells the story of a time traveler who makes people believe that their pet hedgehog died, when in reality, there was never a hedgehog at all. The final 24 hour film was “Zoom Room,” produced by Zoe Perlis ’22, Sophia Di Giovanni ’22, Jack Connolly ’22, and Zachary Tung ’22. “Zoom Room” presented the all-too-familiar situation of being put in a breakout room with unmotivated classmates, accompanied by the deadline of the closing of the rooms.

All three of these films were extraordinary and very well made. Overall, this contest was a very fun experience for both the creators and spectators. Hopefully, students will be provided with more opportunities to channel their artistic energy in the near future.