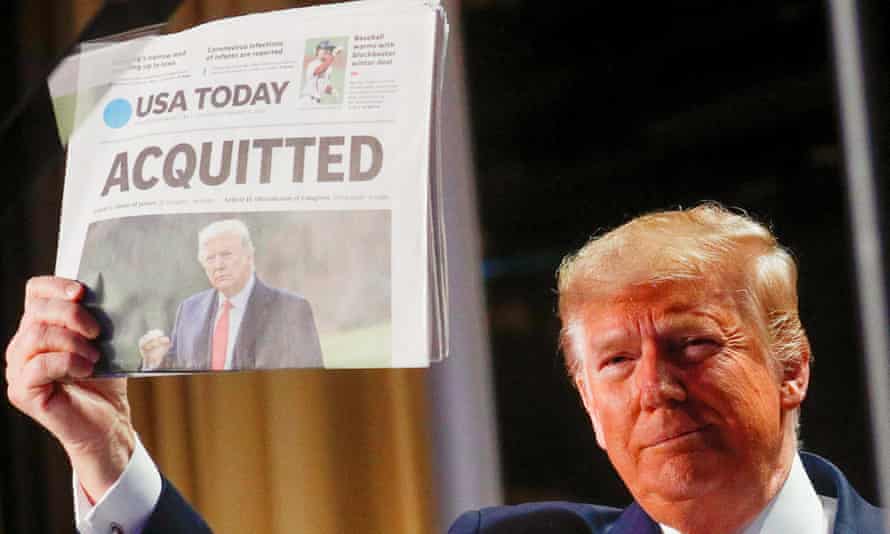 On January 6th, 2021, a pack of domestic terrorists stormed the United States Capitol in an attempt to override the results of the 2020 Presidential Election which declared Joe Biden the successor to the incumbent, Donald Trump. On January 13th, Trump was impeached, marking the fourth impeachment in US history and the second in his time as president.

Trump was impeached on the charges of “incitement of insurrection,” publicly calling for his supporters to challenge the election results by any means necessary. During his first debate with Biden, he asked the Proud Boys, a white alt-right nationalist militia group, to “stand by.” He was also charged with spreading false information about the election results, most notably on his Twitter account, which was promptly banned. Republicans questioned the purpose of the impeachment, specifically because it occurred a week before Biden’s inauguration. Democrats stated that Trump was too dangerous to remain in office for even a day more. Trump’s interregnum was characterized by one thing: unlawful retortion of the election results. For the first time, there would be no consequences to Trump’s federal actions. He had appointed a Supreme Court justice in under 2 weeks, and to Democrats, there was no reason he could not do this again.

The impeachment passed through the House of Representatives, but it seemed destined to fail at the Senate. A two-thirds vote was seemingly impossible, especially in such a politically divided legislature with a Republican majority. As most people predicted, Trump was acquitted on the Senate floor. 57 senators voted in favor of conviction, including every Democrat Senator, and 43 senators voted the opposite way.

How would members of the Concord Academy community have voted? Ishan Narra ’22 thinks that Trump deserved to be impeached, but because of the inevitable acquittal, he would have preferred the legislation focus on the health of the country. Ishan says, “I’m not very surprised. I think that it was good that it was brought up but I think that now is time to focus on the pandemic.”

Thomas Alemu ’22 says, “It [the acquittal decision] was expected and unfortunate. It shows the iron grip that Trump still has over the Republican Party.” Thomas argues that the GOP has mutated into the party of Trump. He has become a brand ambassador for a modern Republican, and unfairly so. Despite two criminal charges that directly resulted in five deaths, nothing has changed.

My opinion is that both of Trump’s impeachments served a similar purpose. The legislation was not aiming to remove Trump from office; that ideal was lofty, unrealistic, and naive. Instead, the intent of these impeachments was to expose the corruption within the Republican Party. When over 40 Senators vote not to impeach Trump on the basis of a crime he committed on national television, one must conclude that there is something wrong with the GOP. The Democrats know this, so the impeachment trials were a political move more than they were a candid attempt at removing Trump. If his trial was based on legal doctrine, as almost all criminal trials are in the United States, Trump would have been convicted and imprisoned by now. These trials, however, are not about Trump; they are about uncovering the dirty legacy he left behind.

Photo courtesy of The Guardian