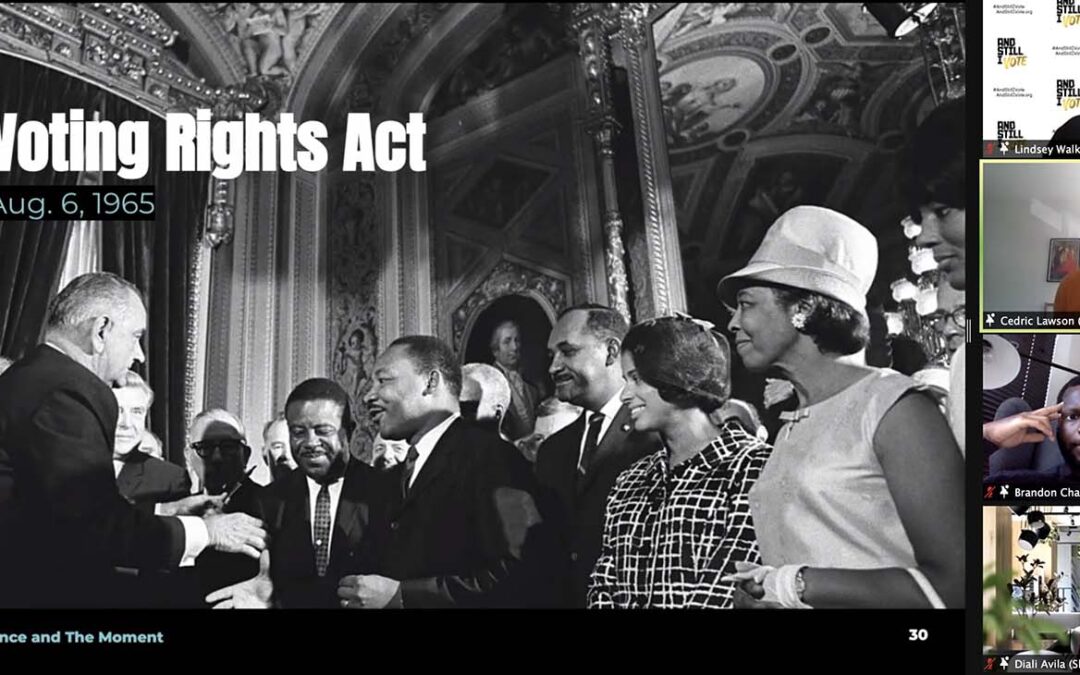 Below is an interview taken a few weeks ago with the co-heads of Umoja—Concord Academy’s affinity group for black-identifying and African-American-identifying students—who are heading the newsletter and the uninhibited discussion of Black History across the CA community. The responses are collective from the co-heads of the affinity group: Dallas Collins ’21, Ravyn Hamer ’22, and Joshua Lamothe ’22.

What was your main goal for this newsletter?

“We wanted to bring more awareness to Black figures and pioneers that are less brought up in history [or] unknown to non-Blacks. There are more important figures than just MLK, Malcolm X, Rosa Parks, Harriet Tubman.

“Black history isn’t just Black History, it is also world history. With the little significance Black people and their achievements are shown for in history, we believe that it was best to showcase it, because without Black people, there would significantly be less in the world.”

Why did you reach out to MOCA, WOCA and QPOC for input?

“Black figures and Black history tend to revolve around cishet Black men and we wanted to get further input [and] figures from different perspectives.

“Specifically for WOCA, there have been multiple times where Black women have been doing work behind the scenes while black men stand in the frontlines. So we wanted to shine the line on Black women who may or may not be given enough recognition.”

Is there something you want to emphasize/reiterate to the CA community about this, why you’re doing this, what they should do, etc.?

“We want the CA community to at least show some kind of interest and put in some effort. […] We know it may be hard to read each email everyday. […] Instead of letting the emails pile up, read at least one or two a week.”

Umoja sends an email every day. They have a list. Though the list of figures has expanded from those most heard of to those left quieter, they say there is no significant linkage between the date (that the email is sent) and the honored figure(s). Instead, running with the central theme of the interview, as February ought not to be the only month wherein Black History is a central topic of discussion, each figure ought to be remembered every day, and so happen to be named that day.

So, as Black History Month draws to a seeming close, the discussion around Black History at CA runs into the present. Recently, Umoja also gathered with faculty member Leah Cabrera to host an open community discussion on the history and culture of Black hair. As she left, House Parent and English teacher Sabrina Sadique began a thank-you, then paused; she wanted to direct resources to improving equitable hair care access for Black students on campus. The meeting closed on a hopeful note that day, one that some might say surpasses simple awareness.