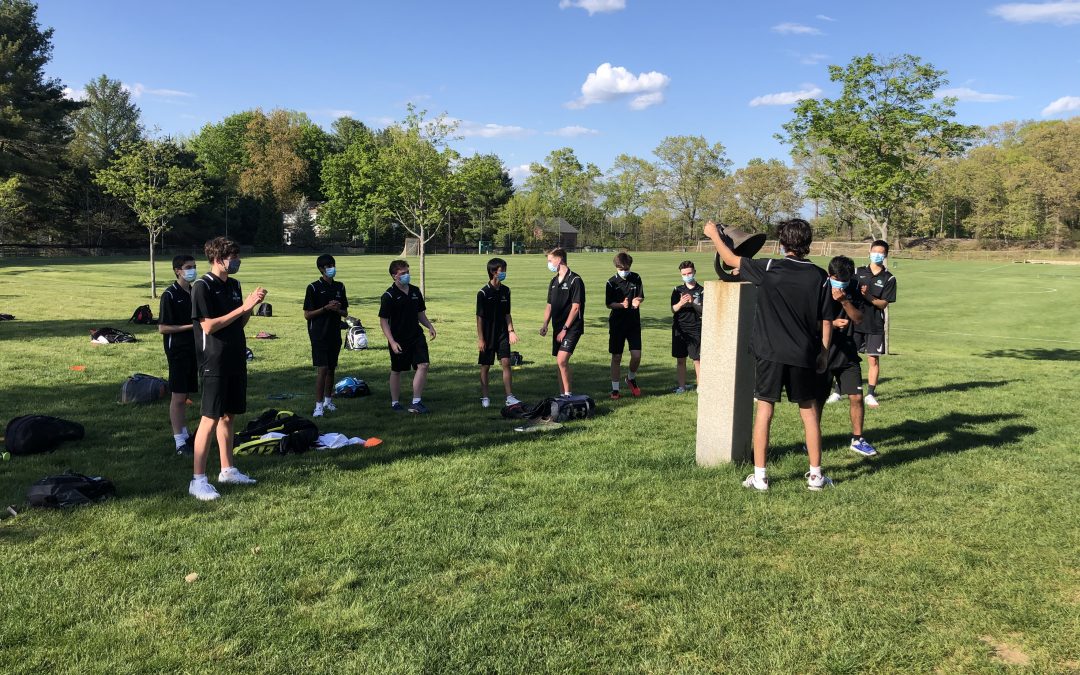 Although it was a long year of social distancing, switching between in-person and virtual learning, and various other COVID-19 mitigations, CA athletics concluded the last few weeks of the spring season with a much more normal feel than during fall and winter seasons. The COVID-19 Response Group at CA collaborated with their health partners at Environmental Health and Engineering Inc and consulted the Massachusetts Department of Elementary and Secondary Education guidelines for schools to formulate an updated protocol for the CA community. A recent announcement stated that outdoor mask use is now considered optional, including at events and practices for athletics. Because mask usage was mandatory earlier this year, CA players have been pleasantly surprised by their ability to breathe freely during athletics on campus.

For the first time this year, all team sports had the opportunity to participate in competitive games across other schools in the EIL. While remaining masked and following various alterations to rules, CA athletes safely traveled and competed against surrounding independent schools. Although tryouts and the first couple weeks of the season were completely non-contact, players were able to work on individual skills and build relationships with their teammates. Their hard work was put to the test at the end of April, when teams started competing inter-scholastically. Numerous community members came out to support during home games at Middle Field, or at Moriarty Athletic Campus, cheering on their friends and peers and savoring the last few moments on campus this year.

Ultimately, the CA Athletic season has been a success. Coed Ultimate Frisbee played two great games, winning against both Beaver and Pingree. Similarly, Girls Varsity Lacrosse played against Landmark with a victory of 13-8. After losing their initial game 7-6, Boys Varsity Baseball won against Beaver their second attempt, 5-3. Boys Varsity Tennis won three out of four of their matches, while Boys JV tennis remained undefeated.

Coaches and players are hopeful that COVID-19 will have little effect on fall, winter, and spring sports next year, due to an increase in vaccinations and frequent testing. While athletics at CA this season have looked vastly different from their typical structure this year, CA athletes accepted this challenge with enthusiasm and perseverance, and it was a season to remember.